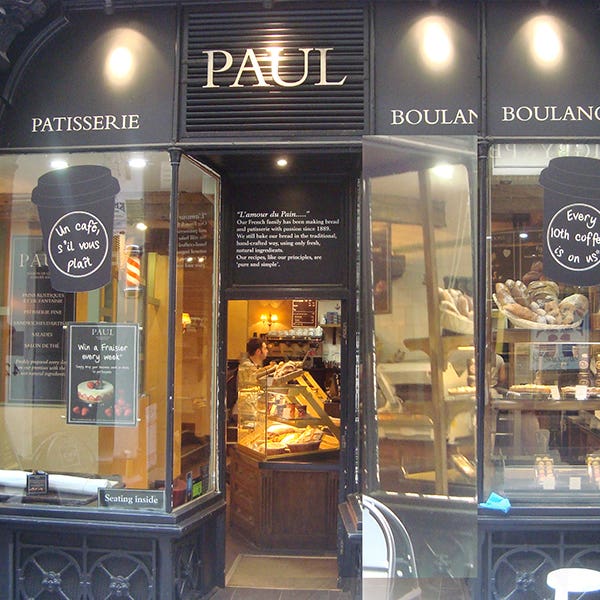 Visit our bakery and café at 6 Bow Lane, a small street named after the neighbouring church of St. Mary-le-Bow but originally called Cordwainer Street after the shoemakers who lived there, and then Hosier Lane after the hosiers who succeeded them. The current name dates from the 16th Century. It’s an area of London with a very long history, and local points of interest include St. Paul’s Cathedral, Guildhall, the Bank of England and Mansion House. Nearby Watling Street was first mentioned in 1230 and was probably an off-shoot of the main Roman Watling Street between Dover and St. Albans. The remains of a Roman temple dedicated to Mithras were uncovered close by in 1953. Closest stations are St. Paul’s (Central Line) and Mansion House (Circle and District Lines). Come and see us for your daily bread, for breakfast, lunch or just for a drink and some of our wonderful viennoiseries or pâtisseries. 26 seats are available. Disabled access available. Free wi-fi.